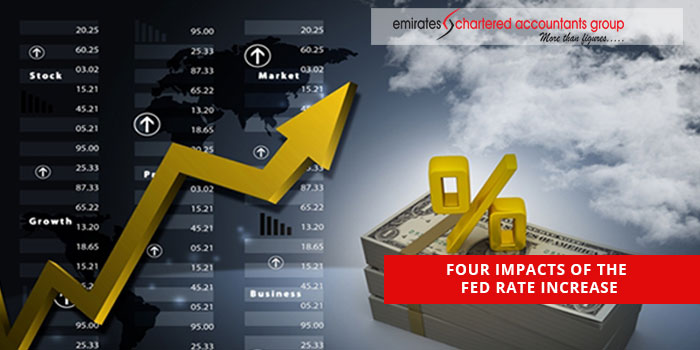 The Federal Reserve Officials almost finalized the hike in the Fed rate. It is interesting to analyze what could be the immediate impact of such a hike in the business. 1. Borrowing Cost for Banks: If Fed rate is hiked, the cost of funding for the banks i.e., the borrowing cost for banks for the funds they borrow from the US Federal Bank will go up. 2. Impact on Interest Cost on the Individual: If the borrowing cost for the banks is increased because of a commensurate increase in Fed rates, the bank will definitely spread it over to the customers of the banks. Hence the borrowing cost for the individuals will go up i.e. their mortgage cost, interest of credit cards etc. will go up. 3. Impact on the Borrowing Cost for the Companies: Similar to the effect of the US Fed rate hike on individuals, the rate hike will have an impact on companies also. The borrowing cost for the companies will increase. As a result, the companies will also reduce their business spending. 4. Impact on the growth of the business: The reduction in business spending will result in a slowdown in business growth and will ultimately lead to a reduction in profits. Consequently the overall economic growth will also slow down. Except a nominal hike made in the Fed rate in the month of December 2015, it was constant nearly for last one decade. In the year 2015, the authority gave a signal of possible multiple rate hikes in subsequent year 2016. But the scenario of the year 2016 was totally changed. US economy didn’t pick up as expected. Oil price didn’t come up, even it went down further. Stock market crashed. All together only negative signs were seen and the decision on Fed rate hike was postponed till end of the year. Now the Federal Reserve meeting is giving a signal of increasing the rate..