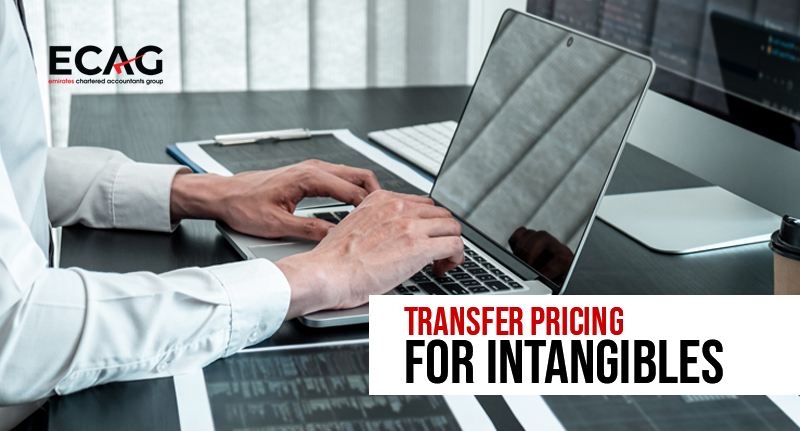 Transfer Pricing impacts the use/transfer of Intangibles amongst the group entities – Have you reviewed yours?

The use/transfer of intangibles between the MNE group has accelerated as the world economy moves towards technology and digitalization. Also, intangibles have become the major value creator of MNEs. According to estimates, the intangibles constitute more than 90% of the market value component of the top multinationals, as compared to just 17%, forty years ago. Companies like Microsoft, Amazon, Apple, Alphabet, Facebook, and many more tend to possess superior intangibles which play a vital role to capture the global value chain.

The vital role of intangibles to plan the cash flows/value creation within the group and also the perception that these are the means of shifting profits have raised the brows of Tax Authorities across the globe.

To ensure uniformity in the taxation of transfer/use of intangibles developed/owned by one group entity and used by another, the Organisation for Economic Cooperation and Development (“OECD”) has published a detailed guideline on how to determine the value of such intangibles. The Public consultation Document on UAE Corporate Tax released in April 2022, indicates that the UAE shall adopt Transfer Pricing Guidelines recommended by the OECD.

Therefore the question arises as to what is ‘Intangibles’ as per the Transfer Pricing Guidelines. Whether these guidelines would be applicable to every intangible possessed by the entity? Whether only those intangibles that are recorded in the books come under the purview of Transfer Pricing? How to manage or account for the use/transfer of such intangibles when the technical valuation has not been done? What would be tax implications on the use/transfer of intangibles between the group company?

In this article, we offer an insight into the tax implications arising due to Transfer Pricing provisions in relation to intangibles.

What are ‘Intangibles’ as per OECD Transfer Pricing Guidelines?

The conflict between Legal Ownership and DEMPE functions

Let us understand the DEMPE functions with an example.

Assuming XY Co. is a manufacturer of clothes and accessories and is located in the USA. It registered its brand in the USA. It conducts its R&D in Germany and the marketing team operates from the UAE. The Company’s intangibles include Brands, logos, designs, innovative materials, customer lists, etc. Therefore the Functions undertaken in each jurisdiction would be as under:

Prior to the OECD Guidelines, the right to receive remuneration towards the brand was only of the USA entity, being the legal owner.

Post-OECD Guidelines, the value in the supply chain will be captured by the legal owner (USA) and later shared between the entities (Germany and UAE) in the manner of DEMPE contribution. The DEMPE framework ensures completeness of the functional analysis.

Treatment of Intangibles to ensure Tax and Transfer Pricing compliance:

To ensure appropriate tax treatment of intangibles, it is recommended that businesses  follow specific steps for analyzing intra-group transactions involving intangibles, including:

The valuation of intangibles is a most controversial issue from a transfer pricing perspective. The uniqueness in the characteristic of intangible with a lack of comparable prices poses challenges to fixing the value between involved parties for their contribution to value creation.

The valuation of certain intangibles is extremely hard to determine.

In such cases, one needs to ensure that the Ex Ante valuation is at par with the Ex Par Valuation. I.e. there is no significant deviation in the projected future cash flows/profit and the actual. The Tax authorities may investigate the reasons in case there is a significant difference between the two.

Challenges in determining the value for transfer or use of intangibles

It is very essential to clearly identify the legal rights and contractual obligations at the time of the valuation of intangibles. However, having said that the entities should be remunerated as per their DEMPE functions, there are many challenges in such valuation, like:-

• Lack of comparability
• Each associated entity may be owning or using different intangibles
• Difference in the year of contribution
• Integrated DEMPE functions
• Ownership and contractual structure of associated entities non-comparable with any independent enterprise
• The fees for the use or transfer of intangibles are generally paid on a presumptive basis and therefore valuation may not be accurate.

Considering the challenges in the valuation of intangibles, it is important that the businesses know and recognize the intangibles possessed by them, ensure appropriate valuation and develop an effective process to manage and protect them.

Businesses would have to identify and demarcate the DEMPE Functions if different from the legal ownership and ensure each entity receives its fair share of remuneration.

Further, to ensure compliance with the regulatory requirements, businesses are required to regularly monitor their intangibles, maintain documentation on DEMPE Functions, and develop effective transfer pricing systems to ensure the valuation and allocation of profits on the use/transfer of intangibles.

How Can ECAG assist you with reviewing your Transfer Pricing policy for intangibles used/transferred among group entities?

Our professionally qualified team will assist you in analyzing the impact of Transfer Pricing regulations on the intangibles used by the group, valuation of intangibles, and structuring of operational functions to create value for the business.

Feel free to reach out to us to resolve your queries regarding Transfer Pricing on Intangibles.