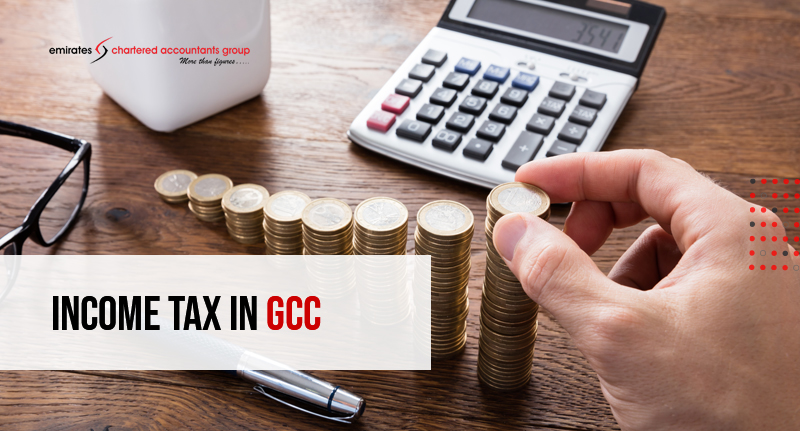 Income Tax in GCC: The Oman Ministry of Finance, in its recent Medium-Term Fiscal Plan of 2020-2024 revealed its plan to introduce Income tax on high net worth individuals from 2022.

Income Tax in GCC comes with the intention of curbing fiscal deficits in the budget caused by low oil prices and pandemic crisis. Though the plan clarified that this proposal of levying Income Tax in GCC is under study and might be introduced only in late 2022.

Historically, GCC states have been lenient when it comes to taxes and as of today, none of GCC states levy Income tax on individuals. But all of that is set to change with the introduction of Income Tax in GCC.

What is the Income Tax?

Income tax is a type of direct tax which levied on directly on a person’s income.

Pursuant to the GCC Common Agreement, Value Added Tax (VAT) was introduced by the Kingdom of Saudi Arabia (KSA) and the United Arab Emirates (UAE) in 2017 with a proposed tax rate of 5%. Though the tax rate in KSA was later increased to 15% in 2020, UAE and Bahrain, who later implemented VAT, are still levying 5% VAT. Similarly, Excise tax has also been introduced by major GCC states in pursuant to the agreement.

Our experts believe that even though Income Tax in GCC might be introduced in the coming years, the tax rates might be low when compared to other tax regimes around the world.

Why are the Governments introducing new tax laws?

The GCC economy has always been dependent on oil revenues for its public spending which has been swindling in the past couple of years. This constant drip in the oil revenues has seriously taken a toll on the budget deficit of the GCC states and they need to explore additional ways to curb down such fiscal deficits.

We believe that it won’t be much longer before other GCC states follow the footsteps of Oman and introduce Income Tax in GCC in their respective economies.
These economic reforms are aimed in providing better facilities and infrastructure including health and education to its residents.
We, at Emirates Chartered Accountants Group, are looking forward to developments in the region and are committed to providing you with the latest information on the Economic update - Income Tax in GCC.

For queries on Income Tax in GCC