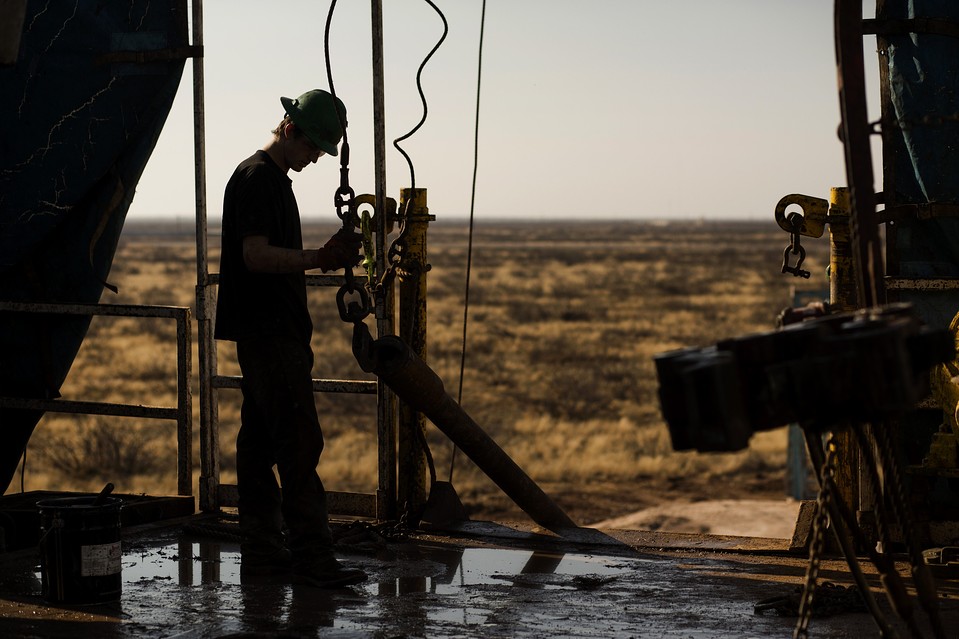 A dramatic slowdown in US shale production will help  to re-balance the oil market next year and drive demand for Opec crude, according to the producer group’s latest forecasts. Opec, in its monthly oil market report, steeply revised lower its estimates for output from non-Opec countries — led by the US — for 2015 and 2016, with production declines expected later this year. f echoed other leading energy forecasters in suggesting the cartel’s 2014 decision not to support the price of crude, and focus on longer term market share over shorter term revenues, was working to hobble non-Opec rivals. But ahead of Opec’s next gathering in December more scrutiny will be paid to the group’s own production, that has only been increasing, and its role in sustaining an oil market oversupply. The collapse in internationally traded Brent crude, from a high of $115 a barrel in June last year to around $53 on Monday, triggered a “rapid fall” in spending by the world’s biggest energy companies, Opec said. This has lowered drilling activity, delayed or cancelled projects and slashed jobs. “Persistently low oil prices, highly leveraged balance sheets, and increasingly costly debt, coupled with a more cautious approach by equity investors who will limit the availability of cash,” will hit non-Opec supply in the coming months, Opec said. Smaller operators of light, tight oil — such as that from US shale fields — have been particularly pressed for cash, Opec said. US production in 2015 is forecast to drop by 630,000 barrels a day to 13.6m b/d from the year before.

“It is true that the US oil and gas industry has made progress in improving efficiencies and lowering costs, but crude prices below $45 a barrel are having an impact,” Opec said. US benchmark West Texas Intermediate crude, which is hovering near $50 a barrel, dropped to a six-and-a-half year low of $37 in August. Brent crude on Monday was little changed at $52.70 a barrel. Production in Canada, Russia, and the North Sea has also taken a hit. The cartel revised lower its forecasts for both 2015 and 2016 non-Opec supply by 200,000 b/d and 500,000 b/d respectively from last month’s report. Opec expects non-opec output to stand at 57.2m b/d this year before falling to 57.1m b/d.

Non-opec supply growth was more than twice that of global oil demand growth last year, but “this relationship is expected to flip this year before widening further in 2016,” Opec said.

Opec said by the latter half of next year this should reduce the excess supply in the market and lead to higher demand for crude from Opec countries and “more balanced oil market fundamentals”.

Even as the oil market is working to clear the supply overhang, Opec members have boosted output.

Opec output grew by 109,000 b/d to 31.6m b/d in September, from the prior month, according to estimates from secondary sources such as consultants and oil market analysts. This is 2m b/d more than what Opec predicts will be the demand for its crude in 2015.

Saudi Arabia, which has produced above 10m b/d for much of this year and led the output surge, cut its production slightly from the previous month to 10.2m b/d. Iraq, Nigeria, Angola and the UAE all lifted their output.