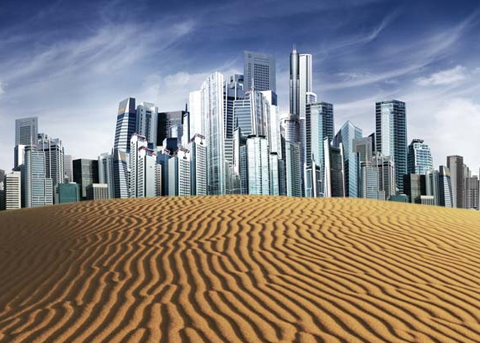 Saudi Arabia has emerged as Middle East’s largest construction market with the value of projects planned and under way estimated to be more than SR3.75 trillion ($1 trillion), according to latest figures.

This encompasses several sectors, including transport, infrastructure, utilities, education and healthcare, reflecting the prioritisation of upgrades to local roads, rail, port and airports along with other facilities in order to attract private investment.

To complement the growth and development across Saudi Arabia, the government has made its largest allocation for the 2015 budget toward the transport and infrastructure sector of SR630 billion ($168 billion).

One of the key projects in focus in Saudi Arabia is the rail and road program that includes Riyadh Metro, Dammam Rail, Haramain Rail, Makkah Railway, and Saudi-Bahrain Causeway. Airport construction and upgrades, including work on Riyadh’s King Khaled International Airport and Jeddah’s King Abdul Aziz International Airport as well as construction of new airports in Madinah and Abha Governorates, is another vital segment.

Lastly, the upgrading of existing roads and building of new ones across Saudi Arabia along with infrastructure projects in the industrial cities of Jubail, Yanbu and Ras Al Khair is also the part of the ongoing development.

Against this backdrop of ongoing development projects in Saudi Arabia, the kingdom’s leading construction technology and building materials exhibition Saudi Build 2015 will put the spotlight on a wide range of leading building products and cutting-edge technologies that aim to speed up work and enhance the construction quality of the projects.

Saudi Build 2015, the 27th international construction technology and building materials exhibition, will take place from October 26 to 29 at the Riyadh International Convention and Exhibition Centre in Riyadh, Saudi Arabia.

The important segments that will be covered at the event – which is a member of UFI, the Global Association of the Exhibition Industry – include aluminium frames and structures; architectural finishing products; building materials, ceramic tiles; concrete products and precast structures; construction systems, engineering and design services; environment protection equipment and landscaping and garden ornaments, among others.